The best insurance is prevention

Choose a product to start a quote now! We keep it simple

We recommend the products that our customers truly need and can afford.

Quality products, insurance carriers, and services. Our staff possess the product knowledge, and customer service skills, to provide an outstanding customer experience — one that is both professional and friendly.

Our goal is to protect our customers assets and future earnings. We help our customers to make the appropriate purchasing decisions to meet their goals.

Referral Program Refer a friend (or family member) and receive a "Thank You" gift from us! It's simple! You can send referral contact info via e-mail to: referral@mccurdyinsurance.com OR call us at 508-347-9343.

Identity Theft Insurance
The loss exposure from identity theft is increasing, along with ever-evolving methods that identity thieves utilize. Where identities were previously stolen one by one, criminals are increasingly stealingmassive amounts of them in a single blow. The Federal Trade Commission (FTC) processed 1.4 million fraud reports in 2018, totaling nearly $1.5 billion in losses. In their report, the FTC stated that the most common categories for fraud complaints were identity theft and imposter scams, with credit card fraud as the most widespread identity theft cases. Fraudulent tax returns to claim a refund are also prevalent.Most unendorsed homeowners policies do not cover identity theft, creating a significant coverage gap. At McCurdy Group, we are very concerned about this loss exposure. That’s why we encourage our clients to consider identity theft insurance options. This coverage can be purchased as a stand-alone policy or as an add-on to a homeowners policy. These policies are not meant to pay for the fraudulent charges or accounts themselves; they are meant to provide reimbursement of expenses associated withthe process of recovering from fraud. Here are a few examples of covered expenses:Fees for reapplication and the reissuing of various identification documents such as passports, Social Security cards, and driver’s licenses.Loan application fees for reapplying if the initial application was denied due to the identity fraud.Reasonable ... read full post
Get a Quote Now 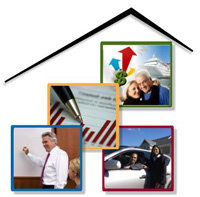